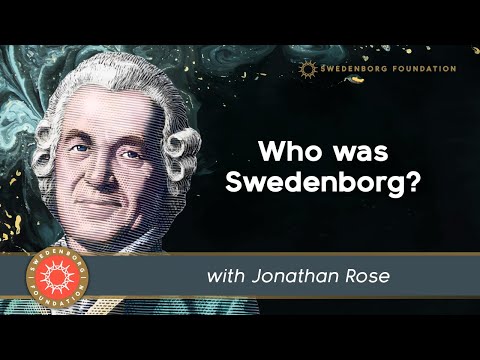 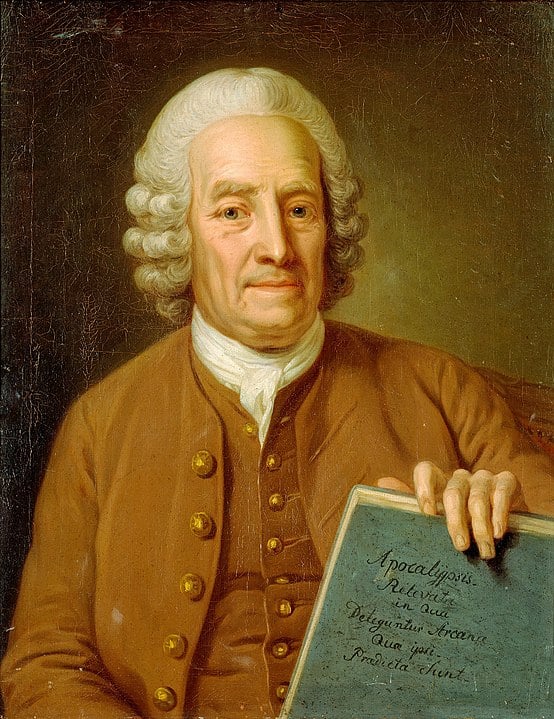 Emanuel Swedenborg (1688-1772) was a famous and controversial Swedish theologian. He published 18 books between 1749 and 1772. These books were widely read and discussed amongst the intelligentsia in Britain and Europe, and they hopped the big ponds early, as North Americans and Australians took to them, too.

Swedenborg was an impressive polymath. He published papers on calculating longitude, inlaying tables, discovering mineral deposits, and the Swedish currency. He was a Swedish nobleman and legislator, a mining engineer by trade, and an anatomist, neuroscientist, psychologist, and inventor. He was the first scientist to advance the hypothesis that the cerebral cortex was the seat of rational thought, and the first to advance the nebular hypothesis for the formation of our solar system.

Swedenborg's detailed study of the brain advanced the state of knowledge, but... he couldn't find the soul. He started to shift further towards a religious approach to the problem, coming at it from a different angle. He brushed up his collegiate Hebrew and Greek, and undertook a detailed study of the Bible, making careful indexes, and beginning to decode its symbolism. He also learned meditation methods, and started to log his dreams in a journal, speculating about their possible meanings.

Between 1743 and 1745, he felt called to new work - to explaining the inner meaning of the Word. From his mid-50s to his early 80s, at a time when Europe was alive with Enlightenment thought, Swedenborg became one of its foremost theologians. He wrote on Biblical interpretation, and on nature of God, humanity, reality, and life after death.

Swedenborg claimed that he received revelation from the Lord, and wrote his books at the Lord’s behest. He also claimed that he had his spiritual eyes opened, in much the same way that people in Bible stories did - like Abraham, Moses, Balaam, Ezekiel, Daniel, Zachariah, Mary, Joseph, and the disciples. He was permitted to visit heaven and hell and talk to people there, and describe these experiences.

Not surprisingly, various critics have dismissed Swedenborg as misguided, on drugs, and/or schizophrenic. His supporters, however, note that he was described by contemporaries as pleasant and sensible, and that he continued to serve the Swedish government, visit with friends, and exchange letters with leading figures of the day. He never tried to start a church and didn't like public speaking. Many of his theological works were published anonymously.

Ultimately, though, Swedenborg’s supporters point to his body of work as its own best defense. His take on the Bible is deep and coherent, and his approach to God and reality is astonishingly modern in some ways, less arbitrary than most belief systems, and accepting of the advances of science.

To highlight some key points of this New Christian theology very briefly:

Swedenborg wrote that the Lord is love itself, perfect and eternal, and that the natural world was created as an extension of that love. He wrote that the Lord operates from love into the lives of everyone every moment, hoping to get people to accept love while also leaving them free to reject it.

In the system he describes, people who accept the Lord’s love - by choosing to act in loving ways toward others - will, when they die, leave the natural plane of existence and “wake up” to their spiritual existence. In that state they will naturally choose to consociate with people who share similar loves of the Lord and the neighbor. Those who don’t accept the Lord’s love - primarily loving themselves instead - will choose the company of like-minded selfish spirits in hell. For Heaven is “heavenly” not because it is a paradisal reward, but because it is full of people who love one another. Hell is “hellish” not because it’s a burning punishment, but because it is full of self-love and people vying for domination.

As Swedenborg describes it, people choose the Lord’s love through two aspects of humanity: the “will,” which wants and feels, and the “understanding,” which thinks and knows. We can reform ourselves by leading with the understanding, learning what’s right and making ourselves do it even if it runs contrary to selfish desires that tend to dominate the will. If we do that and stick to it, the Lord will start removing those selfish desires so love can flow in. Eventually, through a process he calls “regeneration,” our will becomes purified of selfishness and filled with love. At that point it can be united with the understanding so we can think and want everything good and loving without struggle or hesitation. And in that state we are prepared to go to heaven as angels.

That same system of correspondences exists in many books of the Bible, Swedenborg said, describing on one level the spiritual history of humanity, on a deeper level the spiritual processes we all go through in life and on a deepest level the development of the Lord Himself when he was born into the world as Jesus.

By understanding correspondences, then, we can gain great insight into spiritual things through nature, and can get a full systematic view of spiritual life through the Bible. Swedenborg spent years detailing the correspondences of Genesis, Exodus and Revelation, and his work contains many references to the inner meaning of other passages.

The ideas on this site are based on Swedenborg's works. Because he asserted that his religious writings were done at the behest of the Lord Himself, modern believers downplay Swedenborg’s role as author, attributing the ideas to the Lord instead. For this reason they generally refer to Swedenborg’s theological works as “the Writings,” and some resist the label “Swedenborgian” as placing emphasis on the man rather than the message.

Since “the Writings” would be an unfamiliar term to new readers, we sometimes use the name “Swedenborg” as a label for those theological works, much as we might use “Isaiah” or “Mark” to refer to books of the Bible. The intent, however, is not to attribute the ideas to Swedenborg, any more than we would attribute the divinity of the Bible to Isaiah or Mark.