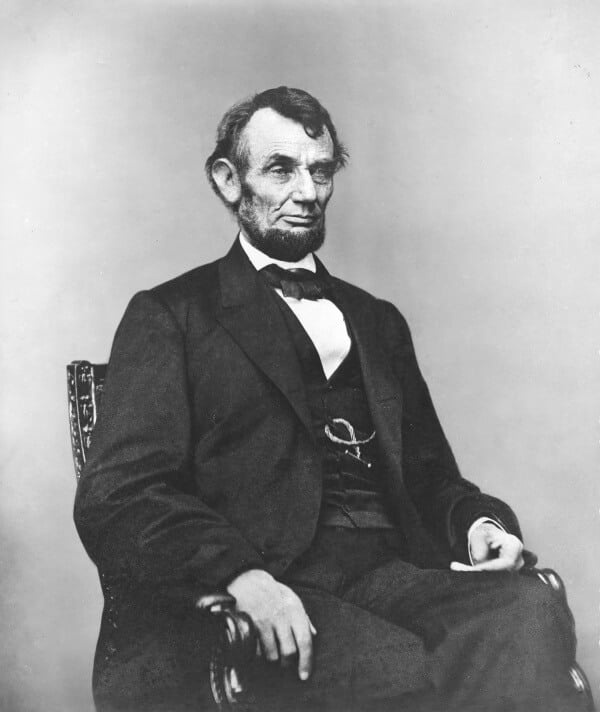 In 1863, in the middle of an agonizing civil war, President Abraham Lincoln issued several proclamations, enjoining the people of the United States to observe days of prayer, fasting, and thanksgiving. We excerpt two of these. It's quite wonderful to see how Lincoln argued for a national morality.

On March 30, 1863, in a "Proclamation for a Day of Prayer and Fasting", Lincoln issued this text:

"It is the duty of nations as well as men to own their dependence upon the overruling power of God; to confess their sins and transgressions in humble sorrow, yet with assured hope that genuine repentance will lead to mercy and pardon; and to recognize the sublime truth, announced in the Holy Scriptures, and proved by all history, that those nations are blessed whose God is the Lord.

We know that by His divine law, nations, like individuals, are subjected to punishments and chastisements in this world. May we not justly fear that the awful calamity of civil war which now desolates the land may be a punishment inflicted upon us for our presumptuous sins, to the needful end of our national reformation as a whole people?

We have been the recipients of the choicest bounties of heaven; we have been preserved these many years in peace and prosperity; we have grown in numbers, wealth and power as no other nation has ever grown.

But we have forgotten God. We have forgotten the gracious hand which preserved us in peace and multiplied and enriched and strengthened us, and we have vainly imagined, in the deceitfulness of our hearts, that all these blessings were produced by some superior wisdom and virtue of our own. Intoxicated with unbroken success, we have become too self-sufficient to feel the necessity of redeeming and preserving grace, too proud to pray to the God who made us.

It behooves us then, to humble ourselves before the offended Power, to confess our national sins, and to pray for clemency and forgiveness."

Later that year, on October 3, 1863, Lincoln added another proclamation, this one declaring a day of Thanksgiving:

"It has seemed to me fit and proper that God should be solemnly, reverently and gratefully acknowledged, as with one heart and one voice, by the whole American people. I do therefore invite my fellow citizens . . . to set apart and observe the last Thursday in November as a day of Thanksgiving and praise to our beneficent Father who dwelleth in the heavens."

Thanksgiving has since become part of the bedrock culture of the United States. But in our celebrations of Thanksgiving, God is often forgotten. Turkey dinners and football games have crowded out what used to be traditional church services in most communities.

What do do about it? Re-read President Lincoln. His words transcend time, and war, and national borders. It's stirring to read them.