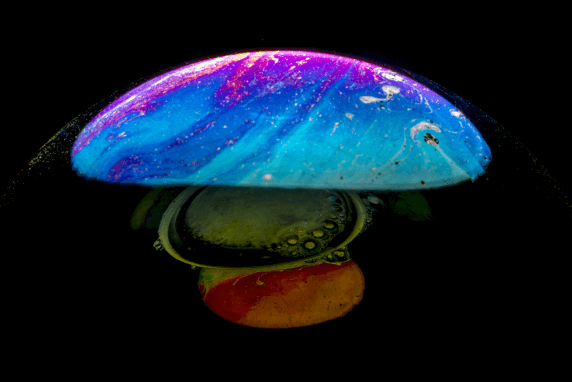 Human beings are political. A "polis" is what the ancient Greeks called a city-state. We use "politics" to help us figure out how to live with, and get along with, other people, in communities large and small.

Today, the world holds its breath, to see if Russia will actually invade (again) its peaceful much-smaller neighboring country of Ukraine. It's a terrible political problem.

Why do we have this political problem? Is it greed? Lust for power and dominion? Fear of encirclement? Utterly different understandings of reality? Is it that the Russian political system is broken, allowing a few powerful people to lead a whole country towards evil for some benefit to themselves?

Dr. Steven Garber would argue that it's rooted in a cultural problem: "The culture is upstream from politics, always and everywhere," he wrote, back in November 2016.

He's right. Ray Blunt, responding to Dr. Garber's article, agreed, and added this: "Culture, healthy culture, can be upstream of politics; so, too, unhealthy and diseased culture."

Blunt continued with an interesting note about William Wilberforce's efforts to end slavery:

"One of the most remarkable things that William Wilberforce ever did was to write a book. His only book, 'Real Christianity', came at the nadir of his ten year attempt to transform British culture — its manners and morals — and end the slave trade.... Out of the repeated failure of such change came his extended analysis of what ailed Britain—in a word, selfishness.... Only a return to the heart of true Christianity anchored in humility and servant leadership, he argued, would Britain remain a great nation."

Here, Blunt is really taking the next leap upstream. He hones in on religion, correctly, in our view. Religion is upstream of culture. It's what makes a culture healthy or unhealthy.

At his farewell address, George Washington noted the vital connection between religion and politics: "Of all the dispositions and habits which lead to political prosperity, Religion and morality are indispensable supports." 1

In the Bible, in the Gospel of Matthew, Jesus teaches this,

In the Gospel of Luke, in the "Sermon on the Plain", Jesus says,

"... a good tree does not bear bad fruit, nor does a bad tree bear good fruit.... every tree is known by its own fruit. For men do not gather figs from thorns, nor do they gather grapes from a bramble bush." (Luke 6:43-44)

In his analytical way, in "Doctrine of Life" (from 1763), Swedenborg says much the same thing:

We all believe something! We might believe that there's no god and that we're all random collocations of molecules with zero purpose -- and if we believe that, we're going to create a different culture than if we believe that there's a God, and a purpose, and that we should love our neighbors. Maybe we should be saying "belief is upstream of culture". There's something to that. People believe in... a scientific material world. No objective truth. No objective good or evil. "It's my truth". "It's just who I am."

Religion gets a bad rap. Some of it is deserved... but... wait. Think hard. It really seems to make more sense that there IS a purpose, that the physical universe seems to favor life and intelligence, and that, if we're awake, we get glimmers of insight into spiritual realities.

Religion, fundamentally, isn't about ritual or church buildings or priests -- it's about re-linking, re-joining with the God who created us. He's "the upstream" - the fountainhead, the "pure river of water of life" (Revelation 22:1) in the center of the city, New Jerusalem. He's the source of all love and wisdom.

We can pollute the river, divert it, dam it up, ignore it. Or, we can let it wash us clean, and try paddling upstream, to explore its headwaters.