16 And would not suffer that any man should carry any vessel through the templethe temple.

17 And he taught, saying unto them, Is it not writtenwritten, My house shall be called of all nations the house of prayer? but ye have made it a den of thievesthieves.

18 And the scribesscribes and chief priestschief priests heardheard it, and sought how they mightmight destroy him: for they feared him, because all the people was astonished at his doctrine. 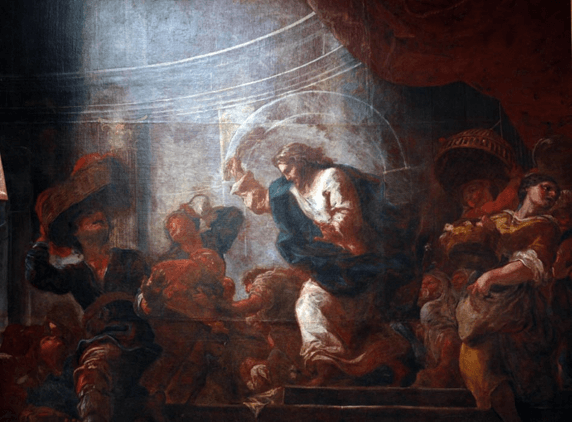