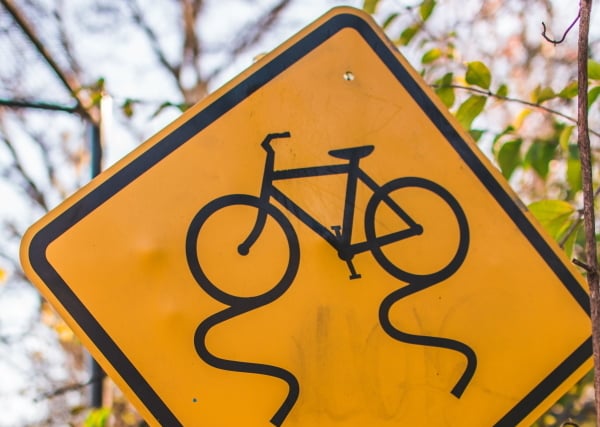 Life offers up plenty of "slider-adjustment" challenges - slippery slopes, curves, and various continuums. They require a lot of judgment. Some - maybe most - have spiritual aspects. In every such challenge we face, we need to figure out where we want to set the slider, and then try to stick to it.

Here's a fairly non-controversial example: Debt. It's easy to make the case that debt's a reasonable, useful thing. For example... I don't have enough money to buy this pickup truck outright, but over the next five years, I will be earning enough money to be able to pay for it gradually, and in the meantime I can use it, and that will enable me to do my job and earn that money. So, it's reasonable to borrow some money to buy the truck.

But there's a potentially slippery slope lurking in there. I might think... well, there are some options for the truck that I'd really like to have. If I borrow a little more, I can get them too. Or... well, we've been working hard, and deserve a nice vacation. We can't really afford it, but it will work out. I'll put in on my credit card. And then, before you know it, the debt's gotten pretty big, and it starts to "own" you. It didn't start out as a problem, or an evil thing, but now it's getting to be one.

Most people manage to take positions on the slope, and go up and down a little, but they don't keep sliding down. They borrow some money, buy cars or houses, and pay the loans on time. But it IS slippery, and some people lose their hold.

What are some other "slider-adjustments" that people have to cope with? How about alcohol? Some people are teetotalers. Some drink some alcohol sometimes, but it doesn't play an important role in their lives. And for some, it gets a grip on them, and they end up sliding down into deep trouble.

Drugs are similar. You might start by trying a little recreational marijuana, and maybe there's little or no harm done. Or you might end up habituated, wasted, demotivated, and down 10 IQ points. Or addicted to harder stuff and in huge trouble.

In other cases, you manage to adjust a slider and it makes improvements in your life. You work out a little more, and you lose some weight and your blood pressure goes down to normal. It's good! But even that can be taken to extremes.

It's hugely varied. There are sliders we need to set for work, and for leisure. And for hobbies. And for parenting. Health. Beauty. Strength. Learning. Sex. Competition. Fame. Power.

Some of them don't have "reasonable" tops; you can't have 100% work or 100% leisure. Some continuums have steep slopes, while others might be shaped like bell curves or valleys. Some (as with the core definition of a slippery slope) have small evil baked in from the very beginning, which wants to grow and consume. Some start out good, but can become evil if you take them to extremes. Some are very slippery.

As if that wasn't complicated enough, there's another layer: the sliders are interconnected. If you increase your exercise slider, are you going to decrease your parenting slider? Or your work slider? You can't ignore context or priorities.

So... how in the world are we supposed to operate, taking and holding our positions on all these slopes? It's an enormously complex set of challenges, and it seems to be part and parcel of being human. It's not an accident that we also just happen to have rational minds that can come to grips with this complexity. We can think and decide where to try to "be" on a slope by slope basis. We can learn as we go, and change our behaviors, and our slider-positions. It takes some perspective, and judgment, and discipline, but we have the ability to do it.

Think about the evolutionary aspects of it. Over a long period of time, homo sapiens have evolved. People who were particularly bad at handling some of the many slopes in life will have tended to die younger, or to have been less attractive mates. That's an encouraging thought, in a way. If you're reading this, it means you're a product of many, many generations of human development. Your genetic makeup has been getting tuned up for a long time! You're equipped to handle enormous complexity.

About those spiritual aspects to this need to take up positions on life's curves... they seem to be at the heart of "human-ness". We know, from archeology, that spirituality developed in human beings a long time ago - maybe 80,000 years ago or more. That suggests that spirituality is something that's helpful to us; it's a "fitness" for the task of being human. There's a case to be made that it helps us keep our footing on slippery slopes. If that's true, one would expect to find supporting evidence, and... there is some. Here are a few pieces:

2. 12-step programs seem to work well for people, when they ask for God's help in fighting addictions.

3. There are inspiring cases of faith in terrible circumstances, which have helped people. Think of Dietrich Bonhoeffer, Alexander Solzhenitsyn, Corrie ten Boom, Viktor Frankl, Louis Zamperini, Nelson Mandela, Helen Keller, and Abraham Lincoln... and many others.

If we look in the Bible, we'd hope to find some insights there, too. It's interesting; a search for "slippery" turns up several Bible passages. Here's one, in which, if you're trying - really trying - to be good, God can steady you on the slippery slope:

"Surely God is good to Israel, to those who are pure in heart. But as for me, my feet were almost gone. My steps had nearly slipped.... For my soul was grieved. I was embittered in my heart. I was so senseless and ignorant. I was a brute beast before you. Nevertheless, I am continually with you. You have held my right hand. You will guide me with your counsel, and afterward receive me to glory." (Psalm 73:1-2, 21-24)

Here's a passage from another Psalm in much the same vein:

For Yahweh won't reject his people, neither will he forsake his inheritance. For judgment will return to righteousness. All the upright in heart shall follow it. Who will rise up for me against the wicked? Who will stand up for me against the evildoers? Unless Yahweh had been my help, my soul would have soon lived in silence. When I said, "My foot is slipping!" Your loving kindness, Yahweh, held me up. (Psalm 94:14-18)

The Lord doesn't want us to slip down into bad habits or bad places. His hand is extended to us. That's really important for us to know, and to believe.

How, though, should we develop good judgment for all the nuances - about where to set our sliders -- how should we develop that? We're given freedom to make spiritual decisions, and slide around all over the place. To help prevent disaster, we're also given rational minds that can think, observe, learn, put on the brakes, and override our lower drives. We can - in fact, we desperately need to - open our minds to spiritual truth.

When you boil it down, the whole "slider-adjustment" challenge is the human challenge. One of the best places in the whole Bible to learn about it is right at the beginning, in Genesis 1, 2, and 3. The story of creation is, symbolically, the story of a person's stages of spiritual development. The creation of Adam, and then of Eve, from Adam's rib, is the story of the development of our freedom, and the feeling of independence, which is still infused with innocence. The trees of the garden, and the animals and birds being named, represent knowledge about good and truth that our rational minds can use.

Here are links to those early Genesis chapters (and please refer to the chapter summaries for these): Genesis 1, 2

Here, too, are some links to sections in Swedenborg's works where he discusses the inner meaning of these chapters: Arcana Coelestia 73-80, and 131-136.

There's also an interesting passage in Swedenborg's "Divine Love and Wisdom", section 263, on how we can go downhill in a spiritual spiral, or gradually reform and be reborn, again, in a spiral.

There's more to add to this, but we're going post it now, and append more thoughts later. If you, gentle reader, have thoughts to add, please send them along. Use the "Contact Us" link in the footer of this web page. Thank you!