102. There is a belief that the Lord in his human manifestation not only was but still is the Son of Mary. This is a blunder, though, on the part of the Christian world. It is true that he was the Son of Mary; it is not true that he still is. As the Lord carried out the acts of redemption, he put off the human nature from his mother and put on a human nature from his Father. This is how it came about that the Lord's human nature is divine and that in him God is human and a human is God. The fact that he put off the human nature from his mother and put on a divine nature from his father - a divine human nature - can be seen from his never referring to Mary as his mother, as the following passages show: "The mother of Jesus said to him, 'They have no wine. ' Jesus said to her, 'What do I have to do with you, woman? My hour has not yet come'" (John 2:4). Elsewhere it says, "Jesus on the cross saw his mother and the disciple he loved standing next to her. He said to his mother, 'Woman, behold your son. ' Then he said to the disciple, 'Behold your mother'" (John 19:26-27). On one occasion he did not acknowledge her: "There was a message for Jesus from people who said, 'Your mother and your brothers are standing outside, and they want to see you. ' Jesus said in reply, 'My mother and my brothers are these people who are hearing the Word of God and doing it'" (Luke 8:20-21; Matthew 12:46-49; Mark 3:31-35). So the Lord called her "woman," not "mother," and gave her to John to be his mother. In other passages she is called his mother, but not by the Lord himself.

[2] Another piece of supporting evidence is that the Lord did not acknowledge himself to be the son of David. In the Gospels we read,


[3] Here I will add something previously unknown. On one occasion I was given an opportunity to talk to Mother Mary. She happened past, and I saw her in heaven over my head in white clothing apparently made of silk. Then, stopping for a while, she said that she had been the Lord's mother in the sense that he was born from her, but by the time he became God he had put off everything human that came from her. Therefore she adores him as her God and does not want anyone to see him as her son, because everything in him is divine.

The Lord as Redeemer 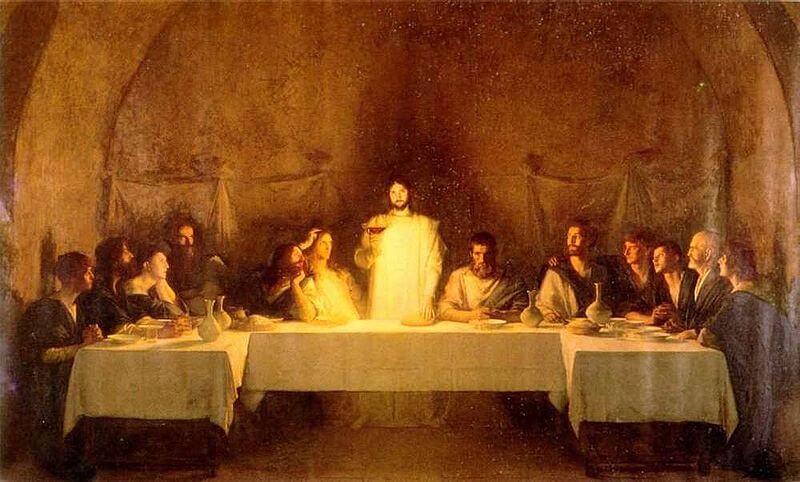 Luke 1:35 makes it clear that He was conceived in Mary by God the Father through the action of the Holy Spirit.


Early Christians puzzled over the relationship, wrestling with it at the Council of Nicaea (in Turkey) in 325 A.D. and a followup council in Constantinople in 381 A.D. It took its modern form in the Athanasian Creed, adopted by Christian churches in the sixth century A.D. This creed says the Son is uncreated, existed from eternity, and was begotten from the Father before creation; it also says they are two "persons" (with the Holy Spirit as a third) existing as one God.


The Writings say that this creed is deeply flawed, that it leads people to an internal belief in three Gods, and that it ultimately led to the spiritual downfall of the Christian church. They instead offer an explanation summarized as this:


The Lord is perfect love given form through perfect wisdom, which is the ultimate human form. As such, He has functions that correspond to all parts of the human body, right down to organs, tissues, even individual cells. He is, in fact, the ultimate, divine human.


This humanity existed from creation as a spiritual reality, however, not a physical one. As a matter of fact, the Lord created physical reality specifically to be something separate from himself, so he could love something that was not part of Himself. So He did not give himself a physical body from creation.


As the Jewish Church drew to its close, however, evil became so dominant that humanity was in danger of being cut off from the Lord and from heaven. The Lord knew that to set it right He had to bridge the gap between His spiritual reality and the physical world He had created. He did this by passing his essence into Mary, so it could be given a physical human body made of physical matter through a physical human mother.


From modern science, we know that all a baby gets from its father is information, a tiny bit of genetic coding. All the material - the actual molecules that make up muscles and bones and nerves and organs - come from the mother. And so it was with Jesus, who was born fully human with no real inkling of his divine soul.


This would change quickly; we know the He grew "strong in spirit, filled with wisdom" and in "the grace of God" (Luke 2:40), that by age 12 his understanding of the Old Testament astonished the teachers in the Temple (Luke 2:46-47) and that at age 12 he knew that his "Father's business" was something beyond Mary and Joseph (Luke 2:49).


The Writings say that His "Father's business" was actually engaging the hells in combat. He did this the same way we do: through temptation. Along with His physical body, He inherited from Mary a full load of human selfishness and desire for evil. The hells could attack these they same way they do in us, by inflaming those desires and pressuring Him to give in to them. But it was far worse for the Lord than it is for us, both because He exposed himself to the highest degree of every possible temptation and also because the hells knew who and what He was and attacked with the greatest possible force. These temptations are only pictured a few places - the 40 days in the wilderness and the Garden of Gethsemane, notably - but the Writings say they were constant throughout his life.


The miracle, though, was that as the Lord faced and conquered each temptation, He not only forced that particular part of hell into submission, He also actually turned the tempted part of Himself from physical matter to divine matter. This meant that by the time of His public ministry, the body people saw and touched was mostly divine, with just vestiges of physical matter. The last of those vestiges was transformed through the temptations He suffered on the cross, so that the body laid to rest afterward was one that was completely divine. That's why it could disappear: The Lord actually took it with Himself to heaven. As the Writings put it, "God became human, and a human became God."


The "Son," then - or the Lord's physical self - was not something that existed from beyond creation. It was a physical container for the Lord created through Mary, turned divine through the Lord's life, and taken permanently to heaven when the disciples were sent out to start the Christian church.


In fact, the Writings - and this website - purposefully use the term "The Lord" to mean both the divine essence (Jehovah, or the Father) and the divine human (Jesus, or the Son) as the one being that He is.

To continue browsing while you watch, play the video in a new window.
Translate: