7. Then too, we cannot know what the difference between these qualities is unless we know about correspondence, since these three qualities are absolutely distinguishable from each other, like a goal, the means to it, and its result; or like the first, the intermediate, and the last. However, they coalesce by means of their correspondence, since what is earthly corresponds to what is spiritual and also to what is heavenly. Arcana Coelestia 1884, [1885,] , 1 Kings 14:23, [24,] 25-26;

Correspondence between Spiritual and Natural Levels

25 And it came to pass in the fifth year of king Rehoboam, that Shishak king of EgyptEgypt came up against JerusalemJerusalem:

The First Three Kings of Israel

The Two Books of Kings Explained

jerusalem
Jerusalem, on Mount Zion, signifies the doctrine of love to the Lord, and how it governs your life. Jerusalem first comes to our attention in... 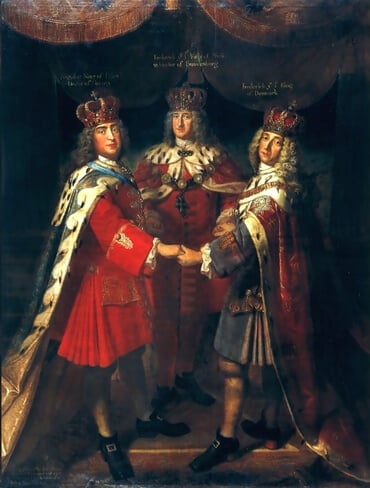 The human mind is composed of two parts, a will and an understanding, a seat of loves and affections, and a seat of wisdom and knowledge. In the Bible, kings represent things in the understanding: true things by those kingdoms that are good or friendly; false things (that are taken to be true) by bad or unfriendly ones.

The land of Canaan  represents the internal mind, where thoughts about good and evil, life, God and heaven take place. In the highest sense it represents heaven itself, and the three kings of the united kingdom of Israel in that land - Saul, David, and Solomon - represent the Divine truth of the the Bible as it is understood in its literal, its internal spiritual, and its inmost celestial senses, respectively.

To a person who has been operating in life pretty much as he or she pleases, the idea of a king of truth ruling in ones life can seem oppressive, just as Samuel described. But to the person who has accepted the need for spiritual regeneration, while this rule of truth may sometimes feel difficult, it is accepted as necessary. They acknowledge the Lord, as He reveals Himself in the Bible, as their King. At first this King may seem moody or ineffectual, as was Saul, but as the person works at understanding truth and putting it into effect in life, the King becomes more powerful and pleasing - represented by David. And in the end, the King is seen to be wise, as was Solomon.

The nations and tribes around Canaan, from Egypt to Babylon, or the Nile to the Euphrates, represent areas of the external mind that sometimes are allied to the internal, and sometimes at war with it. The kings of these nations all represent truth, or at least ideas they believe to be true and operates as truth for them, even if it is false.