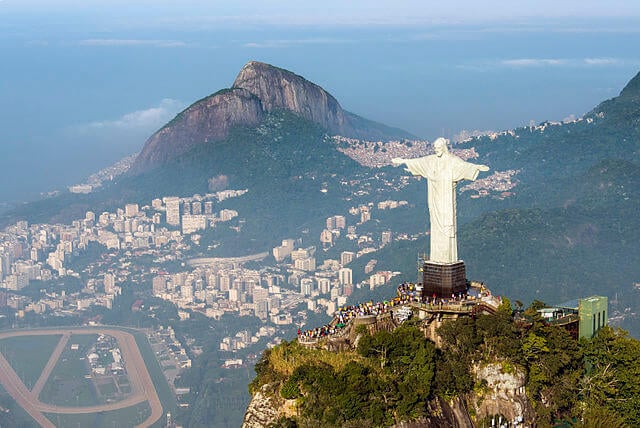 There is a common tendency with people to make negative judgments about other people. In high schools, this tendency shows itself in cliques. A few popular kids get into a group, and gradually begin to think that they are better than others because they are better liked. Kids who aren't "in" may become objects of pity, or contempt, or even of cruel jokes. In one way or another the clique passes subtle judgment on the others as being a lower class of human beings.

The same tendency to look down on others shows itself in various religions. Some religious groups become so self-centered that they believe no one of a different faith can go to heaven. When taken to an extreme, this kind of attitude is far more cruel than the snobbish teenage cliques.

The teachings of the Bible are quite a contrast to this. To begin with, God's Word tells us that we should not label people as "saved" or "sinner." Jesus said,

"Judge not, that you be not condemned. Why do you look at the speck in your brother's eye, but do not consider the plank in your own eye?" (Matthew 7:1, 3)

The disciple James put it this way: "There is one Lawgiver, who is able to save and to destroy. Who are you to judge another?" (James 4:1)

When the Lord was on earth, a judging attitude was prevalent among the leaders of the church. Many thought that when the Messiah came, He would save Jews, and not others. When Jesus did come, they condemned Him for associating with non-Jews and Jews alike.

Jesus discouraged this kind of attitude. Once He was speaking with some people who "trusted in themselves" that they were saved and others were not. He asked them to consider two prayers: "God, I thank you that I am not like other men," and "God, be merciful to me, a sinner!" Jesus praised the man who thought he was a sinner. (Luke 18:9-14)

It's better to think of yourself as a sinner than to think you are saved.

You may remember the parable of the good Samaritan, too, who stopped to help the wounded man by the roadside. Even though this Samaritan was of the "wrong" faith (from the Jewish point of view), Jesus said that the Samaritan should be loved as a neighbor, because he was a good man. In fact, He said that a person who wants eternal life should be like this Samaritan (Luke 10:29-37), even though the Samaritan was neither Christian nor Jewish. Jesus saw - and sees - what is in a person's heart, not just what church one belongs to.

The Bible states clearly that it is the way a person lives, not just what he believes, that determines whether he goes to heaven or not. Jesus said, "Not every one who says to Me, 'Lord, Lord,' shall enter the kingdom of heaven, but he who does the will of My Father in heaven." (Matthew 7:21)

Again, "He shall reward every one according to his works." (Matthew 16:27)

Since a person's life, not just his faith, determines his eternal lot, Jesus foretold that many Christians would not be saved, because they had lived an evil life.

One reason why a non-Christian can be saved, is that he can love his neighbor. Anyone who genuinely loves his neighbor also loves Christ, although he may not realize it. Jesus said, "Inasmuch as you have ministered to one of the least of these My brethren, you did it to Me." (Matthew 25:40)

Faith in Jesus, without love to the neighbor is meaningless.

"Though I have all faith, so that I could remove mountains, but have not love, I am nothing." (1 Corinthians 13:2)

Genuine love, on the other hand, is a sign that a person knows the Lord in his heart, regardless of the religion he professes outwardly.

"Let us love one another, for love is of God, and every one who loves is born of God and knows God. God is love, and anyone who abides in love abides in God, and God in him." (1 John 4:7-11)

Some Christian churches teach this: Only Christians are saved.

What the Bible actually says (and what the New Christian Church teaches): Good people from all religions are saved.

Some references from teachings for the New Christian Church : Heaven and Hell 318-328, Divine Providence 326

Used with the permission of John Odhner, the author of this very useful site: http://whatthebiblesays.info/Introduction.html

23 And then will I profess unto them, I never knew you: depart from me, ye that work iniquity.