Thoughts Spurred by the Coronavirus Plague 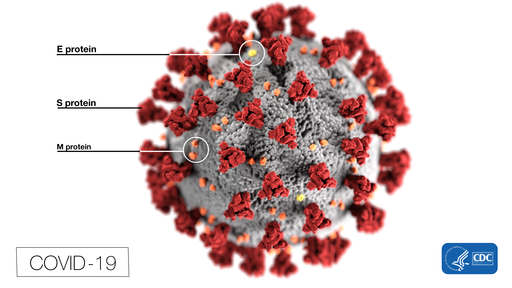 1. The coronavirus plague is a terrible thing. It makes people sick. It kills some of them. It scares lots of people. It keeps people from getting together to do things they want to do. It tanks the stock market, wiping out life savings and opportunities. People lose their jobs and businesses. It's bad!

2. Does God will bad things to happen? No. (See True Christian Religion 43.)

3. Did God set up a universe in which bad things CAN happen? Yes. Apparently. (If you accept that there's a God, etc. -- which will need to be another thread...)

4. What do you suppose IS God's will in all this? Here's one piece of an answer: One good outcome of this plague could be for us all to see and experience people helping each other, and nations helping each other. It's patchy, to be sure, but... just as one example, the efforts to develop an effective vaccine have been aided by a fairly early publication of the virus's makeup. There's sharing of epidemiological data. There's communication. There's compassion. We see healthcare workers bravely taking care of sick, contagious people. There are groups in my hometown who have been sending surplus medical supplies from here to places that badly need them.

As human beings, we have the chance to respond well, or respond badly, to this crisis. I think it's God's will that we should respond well. We certainly can, and should, argue about what that would look like. But if our main motive is to love our neighbor as ourselves, some good things will happen.

There's something that relates to this in the philosophy of Stoicism, i.e. that you cannot control all the things that will happen to you, but that you CAN control how you respond.

43. (v) THE ESSENCE OF LOVE IS LOVING OTHERS THAN ONESELF, WISHING TO BE ONE WITH THEM AND DEVOTING ONESELF TO THEIR HAPPINESS.


[3] The second essential of God's love, wishing to be one with others, is to be recognised also in His linking Himself to the heaven of angels, the church on earth, to everyone in it, and to every good and truth which compose and make up men and the church. Love regarded in itself is nothing but a striving to be linked. Therefore to realise this essential of love God created man in His image and likeness, so that he could be linked with this. It is clear from the Lord's words that the Divine Love has linking as its constant aim, when He says that He wishes to be one with them, He in them and they in Him, and that the love of God might be in them (John 17:21-23, 26).


[4] The third essential of God's love, to devote Himself to the happiness of others, is to be recognised in everlasting life, which is blessedness, bliss and happiness without end, which He gives to those who receive His love into themselves. For God, just as He is Love itself, is also blessedness itself. For every love breathes out an aura of joy from itself, and the Divine Love breathes out the very height of blessedness, bliss and happiness for ever; so God makes the angels and men after death happy from Himself, which He does by being linked with them.

Say "No" To Having a King

Blessings
To bless means to make holy or to make happy. By means of blessing the Lord fills us with all that is good.
Worship Talk | Ages 7 - 14

Bringing Happiness to Others
What are some ways that you can contribute to the happiness of other people?
Activity | Ages over 15

He Makes His Sun Rise on the Evil and the Good
Illustrate the sun shining or the rain falling and being received by two very different kinds of plants: a thorny bush and a fruit tree.
Project | Ages 4 - 14

How the Lord Loves Us
Ideas and questions to help you reflect on how much the Lord loves us and opens His arms to us, inviting us into His embrace.
Activity | Ages over 15

Improving Relationships
Spiritual tasks offer a reflection on a Biblical story and suggest a task for spiritual growth.
Activity | Ages over 18

Receiving the Lord's Love
What are some of the qualities that you love in your family and friends that may reflect their reception of the Lord’s love?
Activity | Ages over 15

Responding to the Lord's Love
Picture the Lord “opening His arms and inviting you into His embrace” (see TCR 787). What is holding you back, separating you from the Lord?
Activity | Ages over 15

What Are Covenants?
God longs for partnership with humanity. The Word of God teaches actions that bring us into covenant with Him.
Sunday School Lesson | Ages 11 - 17

Why Be Religious? The Attainment of Happiness
Article | Ages 15 - 17