The people who walked in darkness have seen a great light 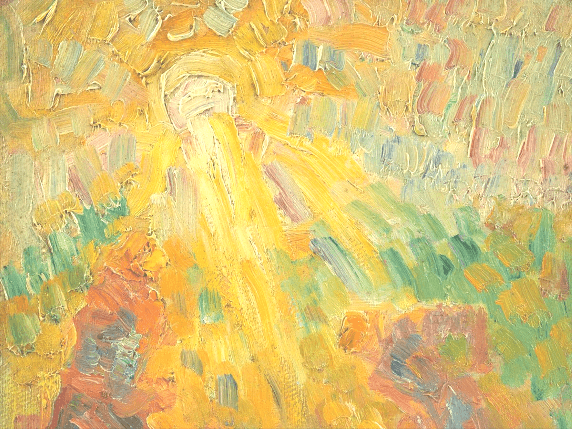 The prophecies of the Lord's Advent can be stirring. Here's a much-loved one from Isaiah:

"The people who walked in darkness Have seen a great light; Those who dwelt in the land of the shadow of death, Upon them a light has shined." (Isaiah 9:2)

"The people who walk in darkness" symbolize people who have faith -- they are walking -- but it's a dim faith, without much knowledge of the genuine truths in the Word. And yet, they are receptive -- when the Lord is born, they welcome the Christian teachings when they hear them; they see a great light. See Arcana Coelestia 597.

The above words of Isaiah brought hope to people of Israel prior to the Lord’s birth on earth. The “great light” that would shine refers to a renewed sight of the Lord’s love and wisdom after a time of darkness.

These words can bring hope to us, too, in times of spiritual darkness and conflict. A new light can dawn in our minds—the start of spiritual renewal—and in the end, the Lord can be born in our hearts as a spirit of goodwill.

At Christmas, there's a special opportunity for this, as people all over the world are celebrating the Lord's birth. And... who doesn't need spiritual renewal?

[2] Perception is not the same as conscience. Celestial people have perception, spiritual people conscience. The Most Ancient Church was celestial whereas the Ancient was spiritual. The Most Ancient Church possessed immediate revelation through direct contact with spirits and angels, and also through visions and dreams from the Lord. These experiences enabled them to know in a general way what good and truth were, and once they knew them in this general way their general or so to speak primary matters of knowledge were confirmed by means of countless details acquired through perceptions. These countless details constituted the particular and the individual aspects of the general knowledge to which they had reference. In this manner general or so to speak primary knowledge was being corroborated day by day. If anything was not in keeping with general matters of knowledge they perceived that it was not; and if anything was in keeping they perceived that it was. Such is also the state of celestial angels.

[3] The general, so to speak primary, matters of knowledge of the Most Ancient Church were celestial and eternal truths: for example, that the Lord governs the whole universe; that the Lord is the source of all good and truth; that the Lord is the source of all life; that man's proprium was nothing but evil, and in itself something dead; in addition to other general truths such as these. And they received from the Lord a perception of countless considerations confirming and harmonizing with these truths. For those people love was the chief thing of faith, and through love they were allowed by the Lord to perceive anything that was a matter of faith. Consequently faith to them was love, as stated already. The Ancient Church however became entirely different. That difference will in the Lord's Divine mercy be discussed later on.

The people who walked in darkness have seen a great light