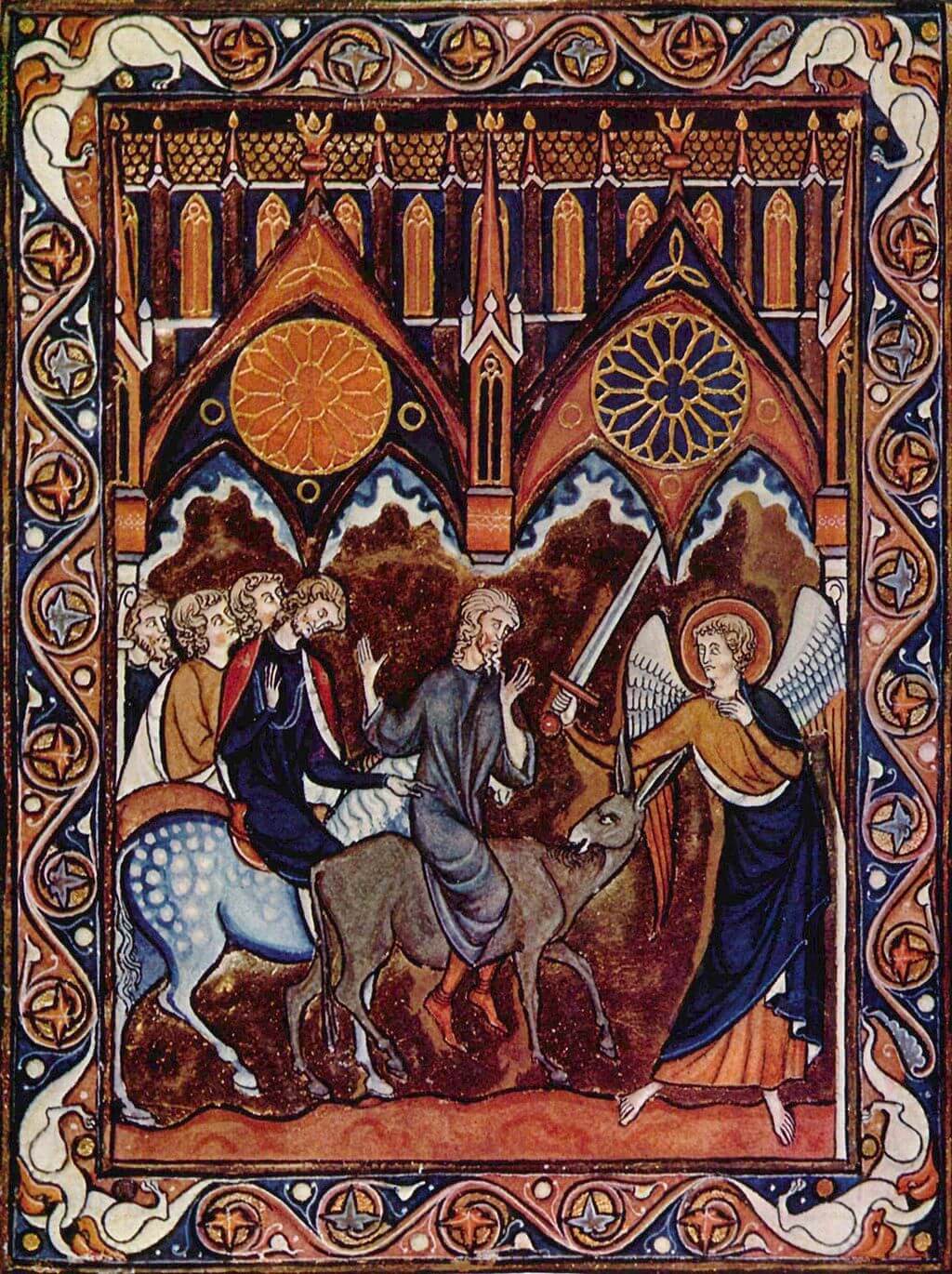 For Christians, Christmas time is one of the most sacred, most joyous celebrations of the year. What about for people who are thinking about it, but who aren't sure about the whole "reason for the season"? What do we really know about what happened in Judea, 2000 years ago?

We're going to try to approach this topic from a neutral standpoint, and see where that leads us.

It's well-established that Jesus existed. He was physically, historically real. There is voluminous evidence from Christian sources, of course. Jesus Christ was also mentioned in non-Christian historical documents that have survived from that period. He's referred to twice by Josephus, the Jewish historian, in his work "Antiquities of the Jews" published in 93-94 AD. Tacitus, the Roman historian, writing in around 116 AD, also refers to "Christus" being put to death by the Romans under Pontius Pilate.

Was Jesus special? Even skeptics would need to wonder why and how this man from a small village in Galilee could launch a religion which would become the biggest, most influential one for at least the next two millennia of human history.

One of the intriguing things about Jesus is that his birth and life seem to have fulfilled prophecies from the Old Testament, which date back to the time of Moses - at least 1500 years BC, and to far older stories in an oral tradition. Those prophecies existed in texts written long before the Christian Era started.

What were some of those prophecies? There are many of them! Swedenborg lists some here, Doctrine of the Lord 6. In this article, we're just going to focus on a few of them.

In this very early prophecy, it's indicated that the Messiah would be born as the son of a woman:

"And Jehovah God said unto the serpent, Because thou hast done this, cursed art thou above all cattle, and above every beast of the field; upon thy belly shalt thou go, and dust shalt thou eat all the days of thy life, and I will put enmity between thee and the woman, and between thy seed and her seed: he shall bruise thy head, and thou shalt bruise his heel. Genesis 3:14-15. This is confirmed in the story in Matthew 1:20.

In Micah, much later in the Bible, we read that the Messiah would be born in Bethlehem, in Judea:

"But thou, Beth-lehem Ephrathah, which art little to be among the thousands of Judah, out of thee shall one come forth unto me that is to be ruler in Israel; whose goings forth are from of old, from everlasting."
Micah 5:2. This is confirmed in the story in Matthew 2:1, and Luke 2:4-6.

In Isaiah, we read that the Messiah would be born to a virgin:

Lineage was an important factor, too. At least 5 forefathers of the promised Savior are named. First, he was prophesied to come from the line of Abraham, the progenitor of many of the peoples of the modern Middle East, including the Jews, the Arabs, the Lebanese, the Druze, and others. See Genesis 12:3, and Genesis 22:18. This prophecy is confirmed in Matthew 1:1, and Romans 9:5.

In the next generation, prophecy stated that the Savior would be descended from the line of Isaac, one of Abraham's two sons. See Genesis 17:19, and Genesis 21:12. This is confirmed in Luke 3:34.

For the third generation, the Word states that the Messiah would be a descendant of Jacob. It's prophesied in Numbers 24:17, and confirmed in Matthew 1:2.

For the fourth generation, attention focuses on the tribe of Judah, who was one of the twelve sons of Jacob (whose name was changed to Israel). See Genesis 49:10, and then Luke 3:33, and Hebrews 7:14.

There are many more prophecies, and we will look at more of them in a future article. But, to summarize these ones that we've just listed, what would Old Testament readers in the time of Caesar Augustus be expecting?

In Bethlehem, a virgin would bear a son. He would be descended from Abraham, through the line of Isaac, Jacob, Judah, and David. That's the way the story runs, in the Gospels.

It's clear that the Old Testament wasn't altered to suit the "facts on the ground". The prophecies are already there in pre-Christian scrolls. That leaves two possibilities:

1) Scenario A: The New Testament could have been written to twist the facts to match the old prophecies. Faithful Jews were awaiting the Messiah; they would have wanted to find matching stories. In this scenario, Jesus could have been just a regular man, but a standout leader and teacher and healer. He was so inspiring that his apostles endured hardship and death to spread what became a global religion. The stories about him were exaggerated or modified to help match the prophecies.

2) Scenario B: The Old Testament text contains deep inner meaning, and its prophecies were actually prophetic and true. The facts of Jesus' birth and life and ministry actually did match and fulfull the prophecies. In this scenario, Jesus was truly a miracle baby.

Which scenario is right? In both, there's a recognition that the teachings of Jesus contained wisdom, and that there is great value in them. In New Christian thought, the choice is for Scenario B -- that Jesus really was the Christ, the long-awaited Messiah, or Savior.

This of course requires some level of belief in miracles - prophecy, fulfillment, the virgin birth, angels bearing tidings, healings, feeding the multitudes. Can miracles really happen? Is it scientifically possible? Maybe they can... maybe as science advances, we will begin to understand those boundaries better.

At some level, don't most of us believe in miracles -- in the miracle of the very existence of the universe, and of living organisms that can reproduce, and of human life, and of love?

How to end this article? The whole subject of miracles needs more thought. And, here it is, December 22, and... instead of getting more analytical, I find that right now I just want to "be" in the holy days of Christmas.

One source for this article was "100 Prophecies Fulfilled by Jesus: Messianic Prophecies Made Before the Birth of Christ", by Rose Publishing.

(References: Teachings about the Lord 6)

Verses 1-2. When the remains in the Lord's human principle were opened to the Divine, it then became subject to temptation combats, on which occasion an assault is made by infernal spirits on the Divine love of saving mankind communicated to the human principle.

Verses 3-4. Under which assault it is suggested, that truth alone is sufficient for man's spiritual nourishment, from whatever source it be derived.

Verses 5-9. And that the love of the world is one principal source of human happiness.

Verse 13. That these temptation-combats were continued to the latest period of the Lord's life in the world.

Verses 14-15. That when the Lord's Human principle, through temptation-combats, was brought to a fuller union with the Divine, it became the medium of communicating truth to the Church in a greater abundance.

Verses 20-23. That the accomplishment of this prediction is at first received with joy.

Verses 23-28. Until declaration is made, that none can receive the eternal truth but those, who are in the love of it from a for principle of good, and who also are sensible that of themselves they are defiled with all false principles.

Verses 28-29. On which occasion, violent opposition is excited in the thoughtless and impenitent, attended with a total rejection of all truth and an attempt to destroy it.

Verse 30. Insomuch that the truth was entirely hid from them.

Verses 31-36. Nevertheless its Divine power was felt by others, and confessed even by the infernals, who yet are not allowed to declare it, but compelled to retire to their own kingdom.

Verses 36-37. Since this was one great end of the revelation of truth in the person of jesus Christ to remove the powers of darkness from mankind.

Verses 38-39. And to deliver from the love of evil all those who are in the affection of truth.

Verses 40-41. Also to liberate, and render receptive of good and truth, those who are infested with falsities.

Verses 40-44. With which view the truth at times hides itself, that so a stronger affection may be excited towards it, and it may be manifested in every direction.

The Gospel According to Luke - Translated from the Original Greek, and Illustrated By Extracts from the Theological Writings Of Emanuel Swedenborg

Phares
Phares,' which means 'breach,' in Genesis 38:29, signifies the apparent separation of truth from good.

Baptism of the Lord
Use felt tip markers to draw a picture of John baptizing the Lord in the Jordan River. Then dip a paintbrush in water and go over the picture to give the effect of watercolor.
Project | Ages 4 - 14

The Baptism of Jesus
Connect the dots to make the dove appear in this picture of the Lord's baptism.
Project | Ages 4 - 10

Sons of Judah
'The sons of Judah,' as in Joel 3:6, signify the celestial aspects of faith.

Judah
City of Judah,' as in Isaiah 40:9, signifies the doctrine of love towards the Lord and love towards our neighbor in its whole extent.