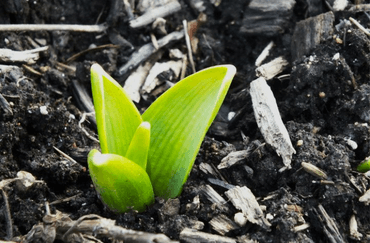 Instead, spiritual reality is structured on the basis of spiritual state, or the loves and thoughts of angels. These loves and thoughts connect in chains of cause and effect, which angels experience much as we experience time.; one thought flows into another on the spiritual level, and angels sense that progression the same way we sense the progression of one moment flowing into another. And when angels have thoughts and feelings that are similar, they experience a closeness that is very much the same as our experience of physical closeness; their idea of “space” is the variation in thoughts and affections held by spirits throughout the spiritual world.

When the Bible describes something as “after” something else, then, the spiritual meaning has to do with the progression of spiritual states; it is a new spiritual state emerging from the one before it. And since higher states flow into lower states, the things coming “after” tend to be the lower, more external ones. For instance, the deep, internal desire to be good to others flows of its own accord into specific ideas of specific good things we can do. Those specific ideas, then, would be “after” the desire to be good.

10099. 'Shall be for his sons after him' means within the natural, successively. This is clear from the meaning of 'Aaron's sons' as those things which emanate from Divine Good as the Father, dealt with in 9807, 10068; and from the meaning of 'after him' as successively or in successive order. And when those things are said of Aaron's garments, which represented the Divine Spiritual, 10098, the statement that 'they shall be for his sons after him' means the Divine Spiritual within the natural, successively. For there are three entities which succeed one another in heaven and which, if people are to have any clear-cut idea of them, must be called by their particular names - celestial, spiritual, and natural. These three emanate there in order one from another; they are interconnected by an influx passing successively from one on to the next, and in this way they make one. What is Divine and the Lord's in the heavens is referred to by these different names on account of differences in the reception of it.

[2] The subject at present is the second ram, called the ram of fillings [of the hand]; and 'filling the hand' means consecration to represent what is Divine and the Lord's in the heavens, and the transmission and the reception of it there, 10019. Consequently, in order that the reception of it in the natural may also be described, the present verse speaks about Aaron's garments, about their being worn in succeeding years by his sons after him. By this the succeeding stage of that reality in the heavens which is meant by 'the filling of the hands' should be understood. From this it is evident that these matters in the internal sense hold together in an unbroken sequence, even though in the sense of the letter a break in the series of details regarding what had to be done with the ram is apparent here.

Since things which exist in successive order in heaven are the subject here, something must also be stated to explain what 'successive' means. The majority of learned people at the present day have no other idea of things existing in successive order than of a continuation, or of things held together by continuing one into the next. This being their idea of the way that things succeed one another they can have no conception of the nature of the difference between exterior and interior things in a person, nor consequently of the difference between a person's body and his spirit. When therefore they contemplate these matters with the ideas they have they cannot possibly understand how a person's spirit can be alive within a human form after the decay or death of the body.

[3] But things existing in successive order are not continuous, merging one into the next; instead they are discrete, that is, belong to distinct degrees that are clear-cut one from the next. For interior things are entirely distinct from exterior ones, so distinct that the exterior things can be separated and the interior ones still retain the life they have. So it is that a person can be withdrawn from the body and think within his spirit or, as an expression commonly used by the ancients puts it, withdrawn from sensory perceptions and raised to more internal things. The ancients also knew that when a person is withdrawn from perceiving things with his physical senses he is drawn up or raised to the light belonging to his spirit, that is, the light of heaven. So it was also that learned ancients knew that when their body had decayed they would be living a more internal life, which they called their spirit. And since they regarded this life to be the truly human life they also knew that they would be living within a human form. Such was the idea they had regarding a person's soul. And since that life partook of Divine life they perceived that their soul was immortal; for they knew that that part of a person which was a partaker of Divine life and for this reason linked to it could never die.

[4] But this idea of a person's soul and spirit disappeared after those ancient times, for the reason, as stated above, that people did not have a right idea about things existing in successive order. This also explains why those who in their thinking rely on present-day learning do not know what the spiritual is, nor that this is distinct from the natural. For those who conceive of things in successive order as something continuous inevitably take the spiritual to be nothing more than a purer extension of the natural, when yet the spiritual and the natural are as distinct from each other as prior and posterior, and so as that which begets and that which is begotten. Consequently learned people such as these do not see the difference between the internal or spiritual man and the external or natural man, nor therefore between a person's inward thought and will and his outward thought and will. Consequently also they cannot understand anything regarding faith and love, heaven and hell, or the life of a person after death.

[5] But those who have a right and distinct idea about things existing in successive order can in some measure comprehend that with a person who is being regenerated interior things are opened in successive order, and that as they are opened they are also raised to interior light and life, and nearer to the Divine; and that this opening and consequent raising is accomplished by means of God's truths, which are vessels receptive of the good of love from the Divine. The good of love is what joins a person directly to the Divine, for love is spiritual togetherness. From this it follows that a person can be opened and raised up on increasingly internal levels, in the measure that the good of love from the Divine exists in him, and conversely that there is no such opening or consequent raising up with the person who does not receive God's truths, which happens if evil resides in him. But a fuller statement regarding this successive order and its mysteries will in the Lord's Divine mercy be presented elsewhere 1 .

The New Jerusalem and its Heavenly Doctrine 47, 279