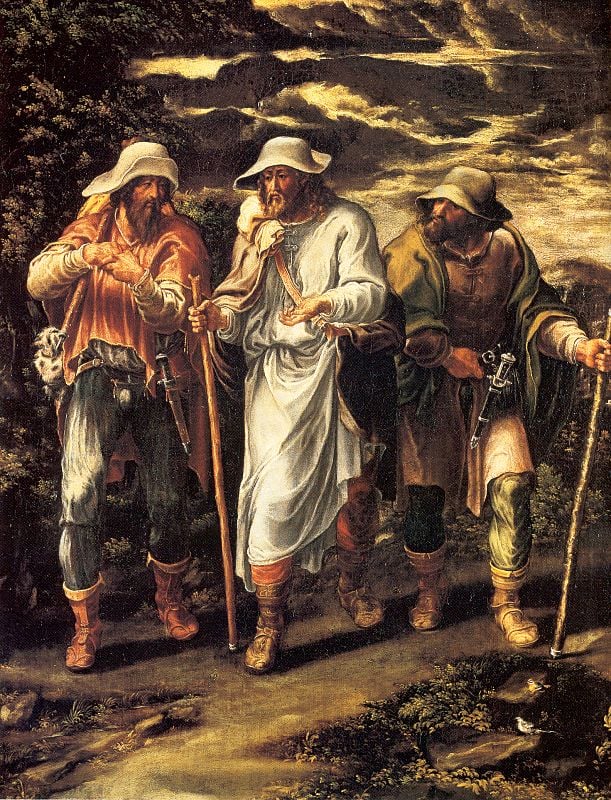 790. 'Waters' here and in what follows means falsities. This becomes clear from the places in the Word quoted in the preliminary section of this chapter 1 and from those at verse 6 of this chapter, where the flood or inundation of waters is the subject. In those places it was shown that 'inundations of waters' meant desolations and temptations, which entail the same thing as falsities, for desolations and temptations are nothing else than inundations of falsities that have been activated by evil spirits. The reason why such waters mean falsities is that generally 'waters' in the Word means that which is spiritual, that is, that which is intellectual, rational, and factual. And since waters mean these they also mean their opposites, for every falsity is a factual matter, and seemingly rational and intellectual since it is a matter belonging to thought.


[2] That 'waters' means spiritual things is clear from very many places in the Word. But that 'waters' also means falsities, let the passages that follow, in addition to those quoted already, serve to confirm the point. In Isaiah,

Here 'waters that go out gently' stands for spiritual things, 'waters mighty and many' for falsities. In the same prophet,

Woe to the land shadowing with wings, which is beyond the rivers of Cush, sending ambassadors to the sea, and in vessels of papyrus over the face' of the waters! Go, you swift ambassadors, to a nation marked out and trodden down, whose land the rivers have spoiled. Isaiah 18:1-2.

This stands for falsities, which belong to 'the land shadowing with wings'.

When you pass through the waters, I will be with you; and through the rivers, they will not overwhelm you. Isaiah 43:2.

'Waters' and 'rivers' stand for difficulties, and also for falsities. In Jeremiah,

'Waters' stands for falsities arising out of reasonings. In the same prophet,

'Waters' stands for falsities arising out of reasonings.

Thus said the Lord Jehovah, When I make you a city laid waste, like the cities that are not inhabited, when I shall cause the deep to come up over you, and many waters have covered you, I will cause you to go down with those who go down into the Pit. Ezekiel 16:19, 20.

'Waters' stands for evils and derivative falsities. In Habakkuk,

You did trample the sea with Your horses, the mud of many waters. Habakkuk 3:15.

'Waters' stands for falsities. In John,

The dragon poured water like a stream out of his mouth after the woman, to swallow her up in the river. Revelation 11:15, 16.

Here 'waters' stands for falsities and lies. In David,

Send forth Your hands from on high, rescue me, and deliver me from the many waters, from the hands of sons of the foreigner, whose mouths speak lies, and whose right hands are right hands of falsity. Psalms 144:7-8.

Here 'many waters' clearly stands for falsities, and 'sons of the foreigner also means falsities.