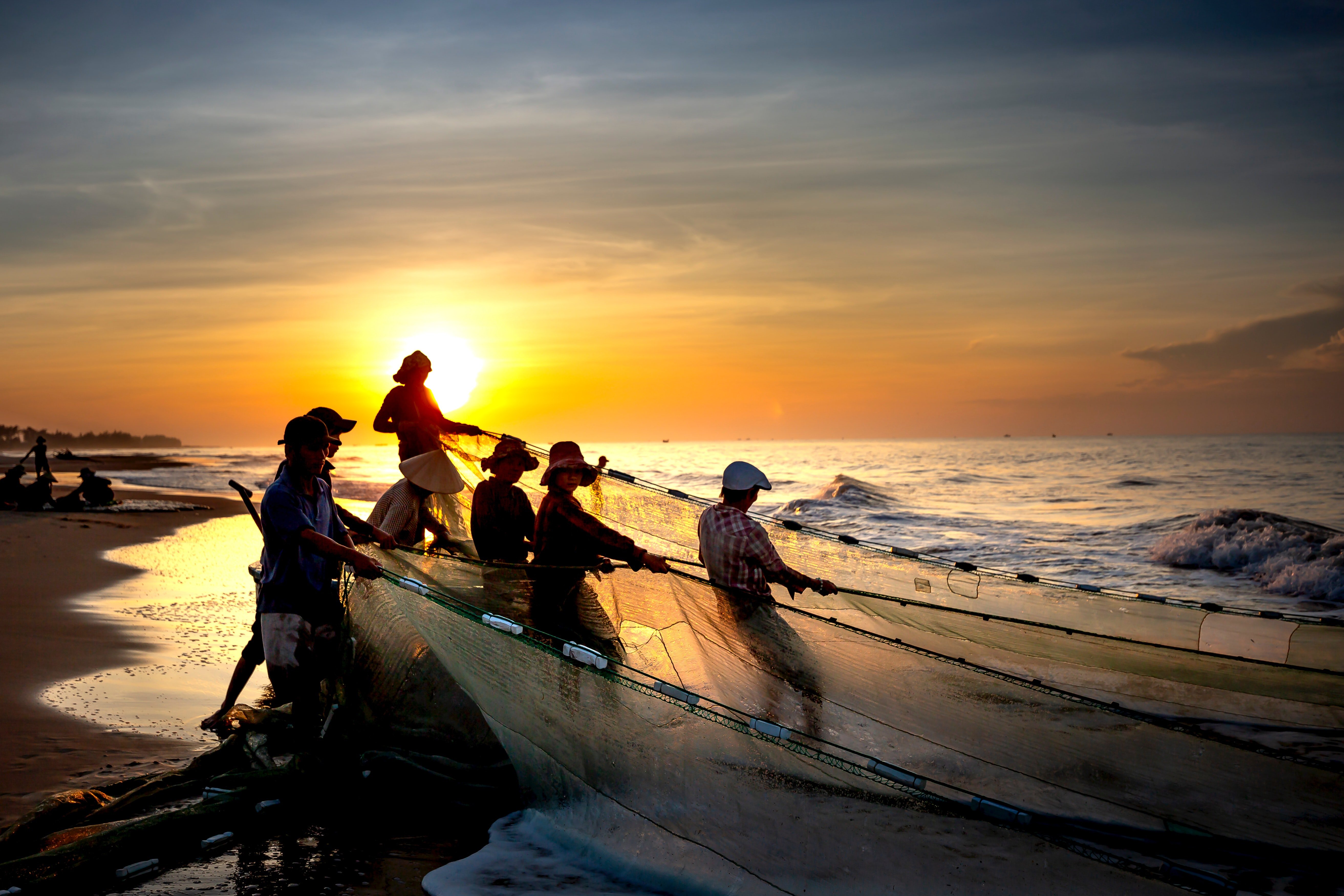 Explaining the Inner Meaning of John 12

Verses 12:1, 2. That the Lord, during his spiritual conflicts previous to the full glorification of his Humanity, derives consolation from those in the church amongst the Gentiles, who are principled in the good of life derived from himself.

Verse 12:3. On which occasion his Humanity is admitted to closer union with his Divinity in divine good and truth, through the affection of good, and the church is made sensible of that union.

Verses 12:4, 5, 6. Nevertheless they, who are in infernal love, seek to alienate divine good from the Lord, and appropriate it to themselves, and this under specious pretences of imparting knowledge to those who are in ignorance.

Verses 12:7, 8. But they are instructed by the divine truth, to desist from such alienation, since the glorification of the Lord's Humanity requires that it be made the all of divine good, and since ignorant objects would remain in the world when that Humanity was taken out of it.

Verse 12:9. That on this occasion many, who were of the perverted church, are influenced with love, not only to the Lord's Divine Humanity, but also to that good of life which is derived from him.

Verses 12:10, 11. Nevertheless they, who are principled in the love of spiritual dominion, seek to destroy that good of life, because many are led by it to acknowledge the Lord in his Divine Humanity.

Verses 12:12, 13. Who under such acknowledgement, perceiving that the Lord was about to establish his new church, adore him as the source of every good affection and pure delight, confessing him from the heart to be also the source of every truth in the church, by reason of his union with the supreme good.

Verses 12:14, 15, 16. Wherefore, as had been predicted, the Lord in his Divine Humanity is exalted to dominion over all rational good and truth in the church, although it was not known, until this dominion was effected, what was meant by the representatives by which it had been predicted.

Verses 12:17, 18. This dominion too is confirmed by those, who witnessed the restoration of the good of life in the church, and who are thus led to seek conjunction of life with the Lord in his Divine Humanity.

Verse 12:19. But they, who are in hypocritical worship, see in that dominion the downfall of their own dominion, and the establishment of a new church.

Verses 12:20, 21, 22. That some of the Gentiles, who are skilled in the doctrine of correspondence, seek acquaintance with the Lord, through intelligence, and the good of faith.

Verses 12:23, 24. And are instructed concerning the union of the Human [principle] with the Divine, which was to be effected through temptation-combats, for the salvation of mankind.

Verses 12:25, 26. And also concerning the necessity of man's renouncing self-will, or self-love, before he can be made partaker of heavenly love, and concerning the further necessity of believing in the Lord's Divine Humanity, and keeping his precepts, since these are the only means of admission into the divine presence, and of attaining conjunction with the divine good.

Verses 12:27, 28. Therefore the Lord, as to his Humanity, underwent the most grievous temptations, even to the passion of the cross, and this voluntarily, with a view to his final glorification, or the full union of his Humanity with his Divinity, which glorification is announced from heaven.

Verses 12:29, 30. But this annunciation is regarded by some as a mere natural effect, and by others as supernatural, whilst divine instruction is given, that its object is, not so much to comfort and support the Lord's Humanity, as to comfort and support his church under the process of suffering, through which that Humanity was about to pass.

Verses 12:31, 32, 33. By which process a work of judgement was to be accomplished, and the powers of darkness were to be subjugated, whilst at the same time the Lord's Humanity was to be exalted to complete union with his Divinity, and from that Humanity was to proceed divine truth united with divine good, which, influencing the minds of men, would lead them to conjunction of life with itself.

Verse 12:34. But this doctrine is regarded in the perverted church as contradictory to the Word, and therefore inquiry is made concerning the union of the Divinity and Humanity, and also concerning what is meant by the Son of Man.

Verse 12:35. And instruction is given, that by the Son of Man is meant the divine truth, manifested in the Lord's humanity, and which for a time made its abode here below, and therefore all ought to live according to that truth, lest they should be blinded by false persuasions, in which case they will not know to what end, whether of happiness or misery, their lives tend.

Verses 36, latter part, and 37. Nevertheless, this instruction is hid in obscurity from the men of the perverted church, and they cannot receive it, notwithstanding the miraculous testimony which attends it.

Verses 12:38, 39, 40, 41. And this rejection of the truth had been predicted, and not only so, but a reason had been assigned in the prediction, why they, whose faith is grounded in themselves, cannot admit the truth, since if they did admit it, they would only profane it, and would thus incur a greater damnation.

Verses 12:42, 43. Yet the truth is received by some who are in the knowledges of faith, but through fear they are restrained from making confession of it, which fear is occasioned by exalting human opinion above divine opinion.

Verse 12:46. Because the Lord's humanity is divine truth, made manifest to man, in order to deliver him from infernal falsities.

Verses 12:47, 48. For the Lord in his Divine Humanity condemns no one, being desirous to save all, but every one condemns himself, who receives the knowledge of the truth, and yet cherished the love of evil which is contrary to. that knowledge.

Verses 12:49, 50. The Lord's humanity also does not think from itself, but from his divinity, from whom it derives the whole of its affection and thought, in which affection and thought there is divine love, and therefore the thought of the humanity is always under the government of that love.

083 - Jesus and the Victim Mentality-also Scattering and Gathering

The Attractive Power of Good

Genesis 1: The Creation and Development of our Spiritual Life

Come and Walk in the Light of the Lord
Three variations of a project to illustrate the importance of looking to the Lord in His Word as we walk the path of life.
Project | Ages 4 - 14

Correspondences of the Vegetable Kingdom
Illustrations of three stories in the Word that talk about plants. (Quotations are the King James translation.)
Coloring Page | Ages 7 - 14

For Reflection: Hosanna
“Hosanna” means “Save us, we beseech You!” or “Save us now we pray!” Why do we need to ask the Lord to save us?
Activity | Ages over 15

Light of the World
Use light colored crayons or pastels on dark paper to illustrate light in the darkness.
Project | Ages 4 - 14

The Reasons for Palm Sunday
Worship Talk | Ages over 18

Triumphal Entry
This lesson discusses a story from the Word and suggests projects and activities for young children.
Sunday School Lesson | Ages 4 - 6

Triumphal Entry into Jerusalem
A lesson for younger children with discussion ideas and a project.
Sunday School Lesson | Ages 4 - 6

Walk While You Have the Light
The Lord is present with people in the Word, in the truths of the Word in the person’s mind. By these truths a person has spiritual light from the Lord; and in that light he can see the way of regeneration in which he should go.
Article | Ages over 18