Next Time, Not in the Flesh

Why All the Building Projects in Scripture?

Tor
"Gates" in ancient times had a significance that does not hold in the modern world. Cities then were enclosed by walls for protection; gates in...

The items listed here are provided courtesy of our friends at the General Church of the New Jerusalem. You can search/browse their whole library by following this link. 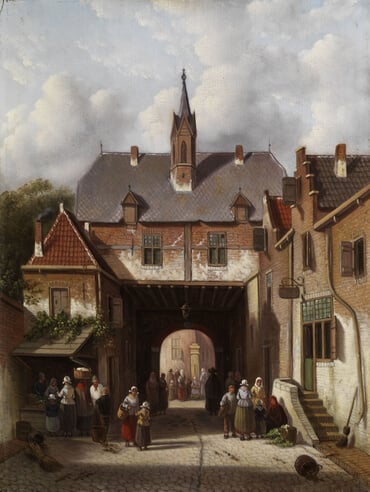 "Gates" in ancient times had a significance that does not hold in the modern world. Cities then were enclosed by walls for protection; gates in the walls let people in and out to do their business, but were also the weak points in the cities' defenses.

In the Bible, cities on one level represent the minds of individual people. On a broader level, they represent beliefs shared by a community. The gates, then, represent openings where the Lord can feed us an understanding of truth and a desire for good. They also represent points where the hells can invade and sway us with false ideas and evil desires.

The Writings tell us that we are kept in balance during our lifetimes, with influences from both the Lord and from hell. Ideally, we will over our lifetimes continue to invite the Lord farther and farther in and drive the hells back until ultimately the Lord can occupy our minds completely. And that point our belief in Him and His power and love will hold the gates and deny evil any entrance.