The right to life... 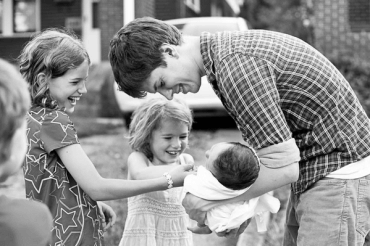 In the American Declaration of Independence, Thomas Jefferson wrote:

"We hold these truths to be self-evident, that all men are created equal, that they are endowed by their Creator with certain unalienable Rights, that among these are Life, Liberty and the pursuit of Happiness."

How does this square with New Christian thought? In this short article, we'll focus on the unalienable Right to Life, and starting thinking it through.

Admittedly, the 1776 Declaration is an American-centric place to start from, and the New Christianity transcends political entities and borders. But new thinking was clearly in the wind at that time, in many places. Swedenborg published his capstone work of theology, " Vera Christiana Religio", or True Christian Religion, in 1770. Six years later, the American Revolution help create a sea change in the way we think about human rights, all over the world, and about government. It's the universality of the thinking in the Declaration that makes it an important thing to compare to tenets of religion.

The Bible clearly values life. In the Ten Commandments, we have the plain command: "Thou shall not kill", in Exodus 20:13.

Cain's murder of Abel is condemned, in Genesis 4:8 and the following verses.

Jesus emphasizes the promise of eternal life, but still saves people's natural lives -- e.g. Jairus's daughter, and his friend Lazarus, and the woman taken in adultery.

Swedenborg makes the point that life flows in from the Lord, who is life itself. The universe is created as a place where life can be formed, and -- though this may seem self-centered -- where human beings can develop to the point where we can actively exercise spiritual freedom and rationality -- making decisions about good and evil. See The New Jerusalem and its Heavenly Doctrine 278.

If we think that life is a gift from the Lord, flowing to us, and not really ours, we'll treat it with respect. When we're setting up governments, we'll do it in a way that protects human life.

To come back to our initial question... does the "right to life" square with New Christian thought? Yes.