You believe in SOMETHING 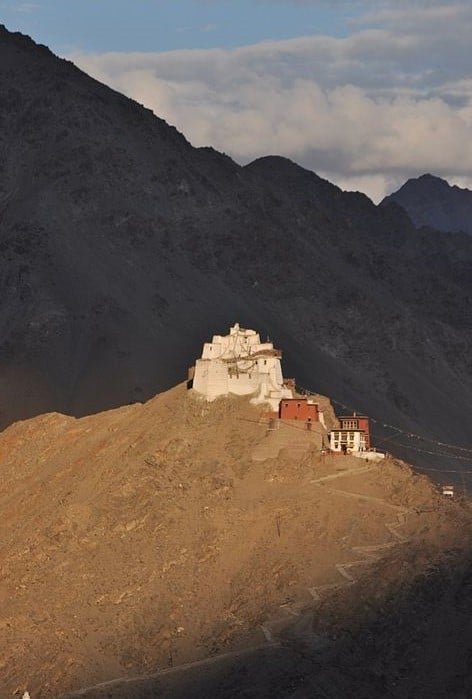 Know any atheists? They may not believe in God, but they DO believe in some things. Unless they're complete blanks, they believe that some things are "good", and others are "bad". They may be kind, productive, creative, and generous -- clearly valuing those behaviors. Even if they're self-centered, they probably believe that it's "good" for them not to be too hungry or too cold or too bored or too poor. Maybe they believe, too, that it's "good" if other people aren't too hungry, either. Maybe they think that war is "bad". Or that it's "bad" to steal stuff. Or all sorts of things.

But the concepts of "good" and "bad" could be sort of arbitrary. Who says it's good? One person? Who is it supposed to be good for? That person? Their friends? All of society?

You could try to make the argument that, "well people are entitled to their beliefs," but that doesn't really hold up very well. What if this person believes that it's ok to wreck your house? Or kill your family? Or steal your car?

So then, as you're casting about for some better rules, you might think, "Well, let's be democratic. Let's have the majority rule -- the majority can decide what's good and evil." But that doesn't play out well, either. What if the majority votes a Hitler into power? Does that make his decisions good? Uh... no.

So, you might think, "Ok, then, how about some other sort of rule, like the greatest good for the greatest number?" Some way to calculate overall happiness? In ‘The Moral Philosopher and the Moral Life’, William James outlines (and rejects!) a possible scenario:

"... millions kept permanently happy on the one simple condition that a certain lost soul on the far-off edge of things should lead a life of lonely torture, what except a sceptical and independent sort of emotion can it be which would make us immediately feel, even though an impulse arose within us to clutch at the happiness so offered, how hideous a thing would be its enjoyment when deliberately accepted as the fruit of such a bargain?"

Fyodor Dostoevsky, in "The Brothers Karamazov", presented much the same challenge. Ivan Karamazov is talking with his younger brother, Alyosha:

'"Imagine that you are creating a fabric of human destiny with the object of making men happy in the end, giving them peace and rest at last, but that it was essential and inevitable to torture to death only one tiny creature -- that baby beating its breast with its fist, for instance -- and to found that edifice on its unavenged tears, would you consent to be the architect on those conditions? Tell me, and tell the truth."

Alyosha was right. The "greatest good" formulation doesn't sit well. How, then, do atheists decide how to behave? What do they think is "right" or "wrong"? Or "better" or "worse"? How can they even use those terms at all? They imply a higher, deeper standard -- some sort of overarching purpose.

As soon as you move away from thinking that behavior can be random, inconsequential, and absolutely anything goes, you have a belief system. You have some values -- some standards. They could be really hazy, unformed, ill-founded, selfish... but they are beliefs and values, and you're building your life around them.

So what? Well, if you take on board the argument that you DO have a belief in some standards of behavior, and you DO have some values, then it's pretty likely to be really important to choose them carefully. At his trial in 399 B.C., Socrates said "The unexamined life is not worth living".

And, what did Jesus say? "But seek ye first the kingdom of God, and his righteousness; and all these things shall be added unto you." (Matthew 6:33)

In the Bible, we have a text that billions of people have seen as being sacred, for thousands of years. That alone doesn't make it right; billions of people can be wrong. But it does, perhaps, commend it to your attention! Jesus also said this: "Seek, and ye shall find. Knock, and it shall be opened to you." (Matthew 7:7)