With Your Spiritual Eyes Open 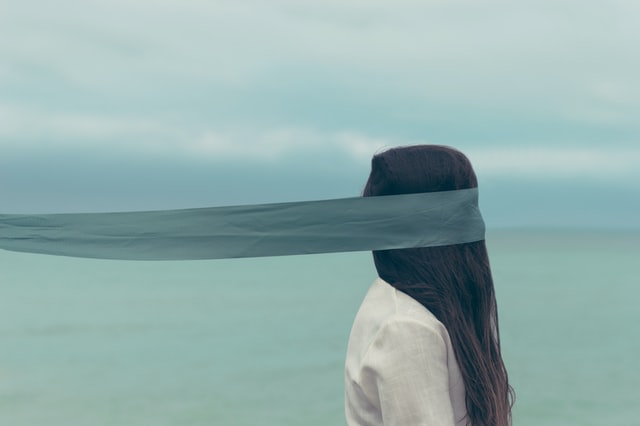 There are a bunch of stories in the Bible where people aren't seeing something, and then there's an unveiling. Their spiritual eyes are opened. Here's a sampling of just a few of the places where this "seeing further" happens:

In Luke 24:30-32, two disciples have been walking along the road to Emmaus, joined part way along by Jesus (who just a few days earlier had been crucified and then resurrected), but they haven't recognized him, until this scene:

"And it came to pass, as He reclined with them, taking bread, He blessed it; and breaking, gave it to them. And their eyes were opened, and they knew Him; and He became invisible to them. And they said one to another, Did not our heart burn within us, while He spoke to us in the way, and while He opened to us the Scriptures?"

In 2 Kings 6:16-17, there's another famous story, where the prophet Elisha's house has been surrounded by enemy soldiers, and Elisha's servant is afraid:

"And he said, Fear not; for they who are with us are more than they who are with them. And Elisha prayed and said, Jehovah, open his eyes, I pray, that he may see. And Jehovah opened the eyes of the lad and he saw; and, behold, the mountain was full of horses and chariots of fire all around Elisha."

In Genesis 21:17-19, Hagar has fled into the wilderness, and she and her infant son Ishmael are on the verge of dying of thirst:

"And God heard the voice of the lad, and the angel of God called to Hagar out of the heavens, and said to her, What ails thee, Hagar? Fear not, for God has heard the voice of the lad, where he is. Arise, lift the lad, and make thy hand firm with him, for I will set him for a great nation. And God opened her eyes, and she saw a well of water, and she went and filled the bottle with water, and gave the lad drink."

Here's another well-known one, from Numbers 22:31, when Balaam's donkey has balked when the way is blocked by an angel that Balaam can't see:

"And Jehovah uncovered the eyes of Balaam, and he saw the angel of Jehovah standing up in the way, and His sword was drawn in His hand; and he bent himself, and bowed himself down on his face."

A little later in the same story, in Numbers 24:3-5, in Balaam’s prophecy, it's mentioned again:

"And he lifted up his enunciation, and said, Balaam the son of Beor has said, and the man whose eyes are opened has said: he has said, who heard the sayings of God, who beheld the vision of Shaddai, falling forward, but having his eyes uncovered; How good are thy tents, O Jacob, thy habitations, O Israel!"

What are some takeaways for us, when we read about this? One is that there are spiritual things that we don't normally see -- but that they can still be real. Another might be that we should cultivate the humility to acknowledge that there's a lot more going on than we fully understand.