By New Christian Bible Study Staff
To continue browsing while you watch, play the video in a new window. 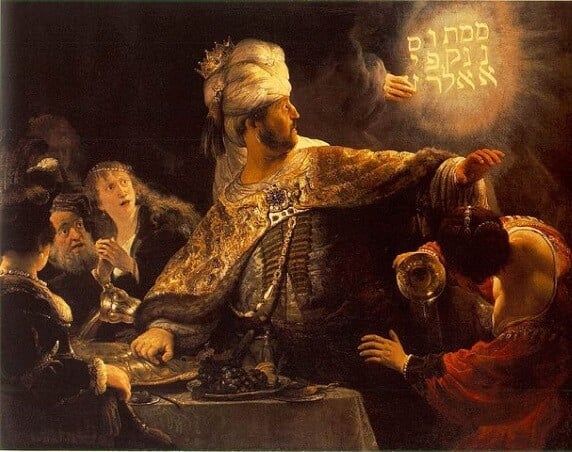 Why is it that organized crime does not take over and run the world? Smart criminals, after all, have plenty of access to money: They can steal, cheat people, sell drugs and deal in gambling, prostitution, loan-sharking etc. They can and generally do get weapons, and have no compunction in using them. They can infiltrate and undermine police forces and other civil authorities. They don't tangle their decision-making in any democratic process, and have well-defined goals. It seems they could take over entire cities, enslave their populations and reign like medieval kings. But they don't.

One reason is that for every Smart Criminal "A" with royal aspirations, there's a Smart Criminal "B" who is ready to assassinate him and take the throne instead. They might cooperate as long as some third party has power, but as long as each wants power for himself, their interests are inevitably going to collide, and it will likely be a violent collision.

That is, of course, very much what we actually do see among organized criminal enterprises. The Mafia wars of the 20th century marginalized those groups as they focused on killing each other. Urban street gangs continue on the same path, warring with one another for pre-eminence. And within any one organization, the internal power structure is under perpetual stress, with each individual looking to move up the ladder.

Such is a world where love of self predominates. Each individual wants to be the greatest, wants to rule, and is willing to do anything necessary to achieve it. From that desire, each one ultimately despises all the others and wishes to rule over and even destroy them. And in the highest degree of all, each one wants to put himself even above the Lord Himself, though it is impossible for someone in such a degree of self-love to even acknowledge the Lord.

Sound nice? No! In fact, it sounds like hell - which is exactly what it is. Hell is full of people who confirmed themselves in evil in this life, who now spend eternity trying to hurt and take advantage of each other. And because each loves only himself and cares nothing for others, the battles will never end.

Nothing, of course, could be further from the Lord's intent.

The Lord is - according to the Writings - love itself, perfect and infinite. He created us so His love could have an object, and His intent is to have us freely accept His love and return it, so that He can be conjoined with us and us with Him and He can bring us to the highest possible state of human happiness.

Some of them are not so good. We can twist the Lord's love into greed, overweening pride, the love of power, unbridled lust and so forth. These are loves we can take with us to hell; they are contrary to the Lord's desires.

But the love of self is the most perverse twist of all, the one that is directly contrary to the Lord's intent. In essence, the Lord is sharing life with us, giving it to us to use freely, and rather than sharing it or using it in any way we are keeping it all for ourselves. As such it is at the root of other evils, and is the reigning love of the deepest hells.